This work was started during the beekeeping season of 2011 and has now reached the point where some very valuable data and techniques could emerge.  The first study by Bangor concerned a survey of bee wings throughout South Clwyd. The wings were analysed using DrawWing and Morphplot. The samples were collected by BIBBA breeding groups and members of SCBKA and then tested by a number of BIBBA queen rearers and the Bangor researcher Elise Keller.  Elise processed the resulting data and provided a base line, in the form of her MSc. Dissertation, from which the local queen rearers were able to assess future changes in purity across the region.

A similar study was conducted in 2015 by Bangor’s Sue Loughran and a third one in 2016 by Bangor’s Cheryl Owen.

Elise’s original results can be seen here Keller Harris Cross Study.  Whilst Sue’s and Cheryl’s results have yet to be published, Cheryl’s included a comparison of the results of the 3 studies and has permitted us to show a little of the data in advance of publication. 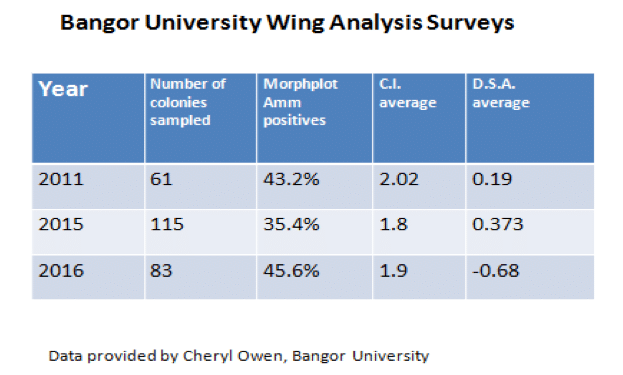 Starting this winter it is hoped that a particularly interesting study will be conducted which compares the DNA of the samples collected in 2015 and 2016 with their wing patterns and behavioural traits.

There is a strong interest amongst beekeepers in Wales to address the decline in honey bee numbers through selective breeding to restore the adapted native bee phenotype in the face of decades of hybridization with non-native subspecies. In addition to recording behavioural traits, the assessment of “purity” is currently through morphometric analysis of wing-venation patterns (Oleksa and Tofilski 2015, DOI: 10.1007/s13592-014-0300-7).

While cheap, easy and verified for separation of pure subspecies, it is unclear to what extent this phenotypic method correlates with genotype and the desired phenotypic characteristics after decades of hybridization, as the honeybee has the highest recombination rate measured for any multicellular organism (Beye et al. 2006 DOI: 10.1101/gr.5680406). This study will determine the extent to which beekeepers’ analysis of wing-morphometry accurately identifies native bee genotypes through a comparison of geometric morphometric wing-analyses with detailed sub-regional determination of racial traits based on mitochondrial and nuclear (microsatellite/SNP) markers (Muñoz et al. 2015, doi:10.1371/journal.pone.0124365 ). 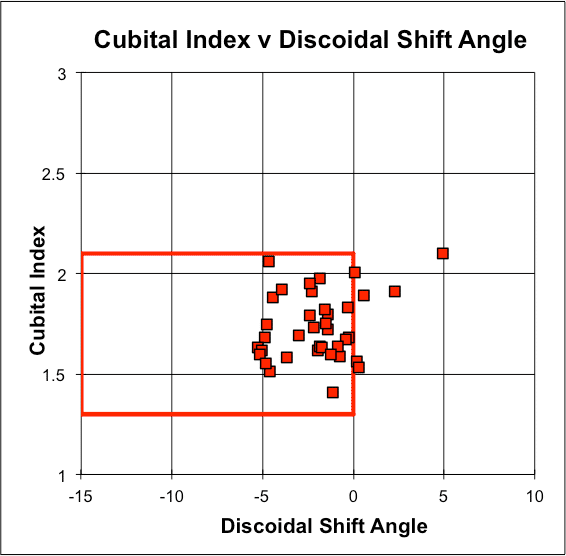 The results of this study will enable beekeepers to maintain and expand their breeding programme in Wales. This aims to reduce the contribution of foreign genotypes through selective breeding from this region of Wales.

The objectives of this M.Res are therefore to undertake:

Welsh Government funding.  South Clwyd Beekeepers have undertaken to raise this amount and are running an appeal via Total Giving.

The results of this study will have important implications for South Clwyd Beekeepers and the local BIBBA group’s monitoring and breeding programme.

Another important project is a 3 year development of a bee-tracking device that is lighter, smaller and more effective than any that has been used in the past.  If plans for this project are accepted then BIBBA will fund part of it and will be able to influence some of the research the device will be used for.

We hope to release the results of these various studies to BIBBA members via this web site, Bee Improvement Magazine and BIBBA Buzz.