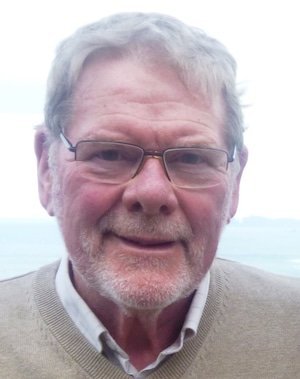 A few more years have passed since the BBKA recognised the 50 years Neville has “Devoted to Beekeeping”, (since he began in 1963). Based in Lincolnshire at that time Neville became a “Foul Brood Officer” for the Ministry of agriculture and Food, (MAFF). He established beekeeping in the local school and, as the bee inspector, covered much of Lincolnshire before moving back to Yorkshire in the late 1960s.

Spending most of his working life in senior executive roles in business demanded that he always had a busy time table but he still managed to keep up to 10 productive urban hives in his own garden and later on a nearby allotment.

Whilst working as a non-executive director of a fibreglass fabrication company Neville researched designed, and oversaw production of the first “plastic” national hive in the early 1970s and was delighted when that hive was awarded “Best invention in Beekeeping” at the National Honey Show. Designing the “HoneyHome” hive involved several discussions with the late Colin Butler at Rothamstead, and, the late Adrian Waring’s paper on Bee Space stated “The horizontal bee space in this hive was perfect. There was never any brace comb built there.” Until relatively recently some of these hives were still in use at the BBKA apiary at Stoneleigh Park and Neville still has one in regular use at home 47 years after it was produced!

Qualified in craft work, Neville is able to enjoy combining these skills with making beekeeping equipment and has won several prizes for items he’s made. Included in these were new national hives used in the establishment of a 10 hive apiary at a young person’s educational trust based on a 120 acre farm in S Yorkshire. As a volunteer there, Neville taught twelve other volunteers to become competent beekeepers and they continue to look after the apiary and provide funds for the charity from sales of honey through the farm shop.

Neville left the farm to become the beekeeper at the University of Sheffield where he established a first-rate apiary. His key task is to assist researchers learn from honey bees in the development of autonomous flying robots based upon the honey bee’s navigational abilities as well as to provide bees for other University research projects.

The University has enthusiastically supported Neville in his keenness to select, improve and produce locally adapted bees at the university which are made available to “local” beekeepers.

Currently Neville has nine colonies in three apiaries of his own plus several at the University to look after and enjoy.