How I select my ‘Breeder Queens’ by Jo Widdicombe 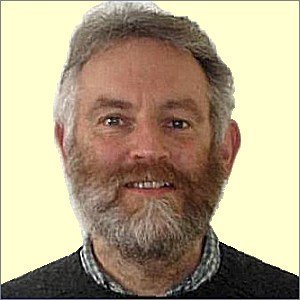 At the start of a new season I like to make a shortlist of which queens are good enough to breed from, in other words, to become my breeder queens. I do this by looking at the current condition of the colony as well as looking at the record of past performance.

An inspection, usually in April, will provide a lot of useful information. As soon as the crown board is removed an idea of the temper of the colony can be gauged. If the colony is not disturbed by this operation, and continues to sit quietly in the hive, then it may have the required docility. This assessment of docility will continue as one removes combs for inspection. I normally assess ‘docility’ and ‘calmness on the comb’ together, giving ‘5’ for perfect behaviour. Some prefer to split the assessment according to the two or more different aspects, such as one mark for ‘docility/aggressiveness’ and one for ‘calmness on the comb’.

On removing the crown board, I also assess for ‘native appearance’ giving a score of 5 for a colony which is uniformly native in appearance. The presence of some ‘yellow-banded’ workers, or indications of carnica*, whilst still predominately native will score 4, and so on, with a colony with no bees of native appearance scoring 1.

‘Health’ can be assessed at this first inspection as well as, of course, continuously thoughout the season. The main health problems at this time are likely to be linked to the effects of varroa and this will vary according to your treatment policy. I also include ‘over-wintering’ and ‘brood-pattern’ in this assessment and these are particularly useful at this time of year. A colony which looks healthy and has come through the winter with plenty of good brood and is medium to strong will score ‘5’. A colony which is only just hanging on, very small with poor brood will score ‘1’. After assessment for over-wintering I write ‘o.w.’ to indicate specifically what it is for (similarly, ‘b.p.’ if I assess for ‘brood pattern’).

So, by the time I have done my first full inspection I may have found a colony which is uniform native in appearance, (5), docile and calm on the comb (5), and has over-wintered well (5), so is well poised to develop rapidly as the spring comes on.

Now I can look how this colony performed last year. My preference is for 2-year-old queens (or older) because then I have a record of how she performed in her first full season. What I particularly want to see is that she went through the season without swarming and she managed to produce an above average crop of honey. If she did not swarm, but produced little or no honey, she may not be much use as a breeder.

We are all in different situations and working with different bees so compromises in our selections may have to be made. In other words, we cannot expect to have breeders that are perfect in every way. If we have neighbours who repeatedly import queens it can make it difficult for us to develop a local and native strain, but that is what we should be aiming for, and we must keep repeating the process until progress is made. At first, our breeder queens may be far from ideal but, by repeated selection, standards can be raised.

Our breeder queens play a huge part in helping us to establish a better-quality population of bees in the area. Remember that all the queens we rear from our breeders will head full-size colonies in the following season and, even if their quality is not good, their importance is that they are putting out ‘good’ drones for next year’s queens to mate with.

The process of assessment is then repeated the following spring when once again we are looking for those good quality breeder queens. If we know that colonies are the first-generation offspring of our breeders, we know that their drones are good. Other poor-quality colonies in the breeding area (e.g. non-native appearance, bad temper, etc.) should be removed from the breeding area and used to make up nucs or even for honey production, but the main thing is that they are not allowed to put out drones in the area where you are trying to mate your queens. The books say a 10km radius (6 miles) is necessary to get reliable matings but I find that a smaller area works possibly due to apiary vicinity mating and cool temperature flying of the native sub-species.

* usually wide light bands, or tomenta, on the abdomen, and white/grey (as opposed to yellow/brown) hairs on thorax.