Welcome to the February BM Newsletter by Karl Colyer 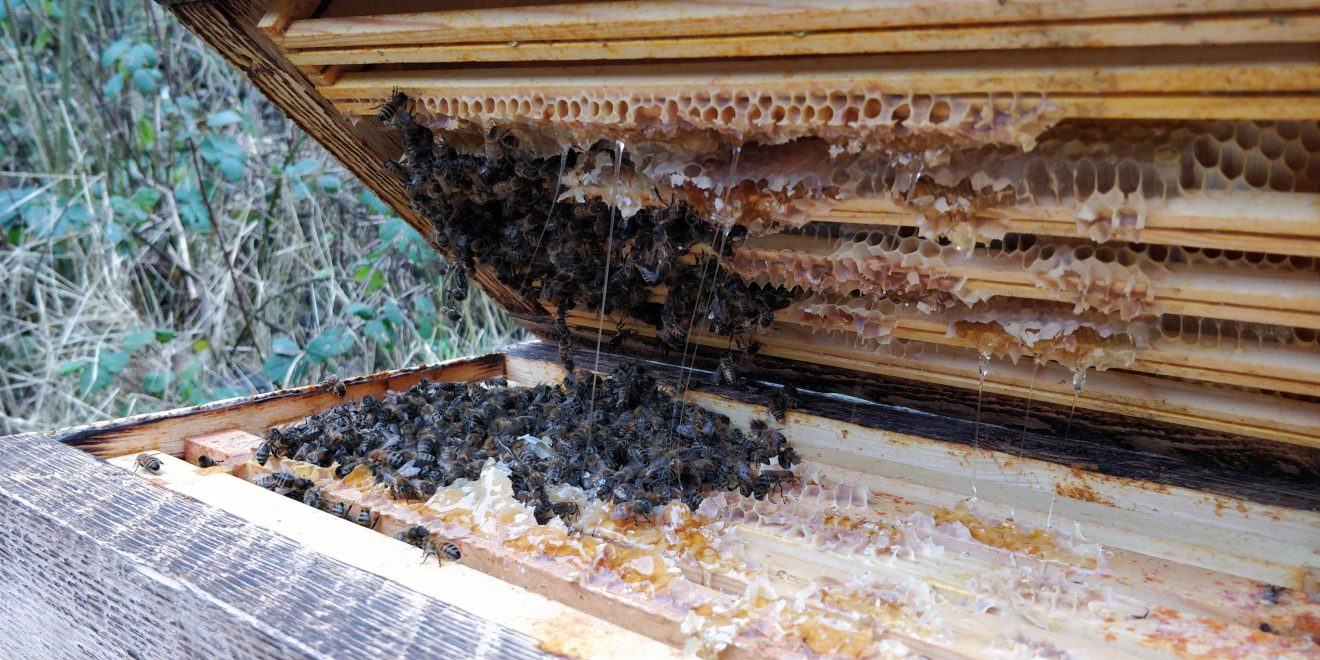 Peeping inside some overwintering nucs on a mild day. Good cluster, lots of food around.

The daylight hours are starting to slowly extend, but we can still have cold snaps. On the occasional day of mild weather, the bees will show themselves from time to time. We all have our personal preferences with our bees and mine are as follows:

From a NatBIP perspective, the points above touch on the attributes of hardiness and productivity. Honey productivity is both a factor of surplus honey produced and the prudent consumption of overwintering honey stores.

Selwyn Runnett argues that increased spacing between hives should become a key part of both an integrated pest management (IPM) and treatment free approach to managing bee diseases.

Can social distancing help our bees deal with diseases including viruses?

The concept of social distancing has become very familiar to us because of the COVID-19 coronavirus. Although the term ‘social distancing’ is new, the concept of keeping your distance to avoid disease is not. It is a well tried and tested mechanism used in slowing down or avoiding the transmission of disease. 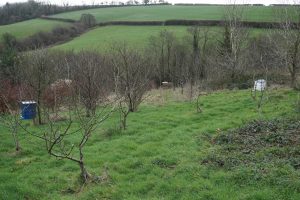 Can the same be true for honey bees? We know that bees can have a wide variety of diseases: fungal, bacterial and viral. We also know that life changed dramatically for beekeepers from 1992 onwards, when varroa destructor was identified and then spread across the UK and Ireland. We know that varroa mites act as vectors for a number of viruses (including deformed wing virus) and we know that some diseases can be spread easily from colony to colony by drifting.

So, generally, how do we as beekeepers deal with these bacterial and viral pathogens, and especially the effects of varroa? One approach is to control the problems by the use of a variety of chemical applications. An opposite approach is to not treat at all. In between we have the Integrated Pest Management (IPM) approach which aims to keep pests and diseases below the level where they will cause significant harm, by using a combination of controls applied at different times of the year. As The Food & Environment Research Agency (FERA) points out in Managing Varroa (2013), good husbandry is the starting point for IPM control. Examples include using open mesh floors and drone brood removal (for varroa mites), as well as using a variety of varroacides and lactic/oxalic acid. The aim should be to keep chemical inputs to a minimum consistent with effective control of disease. However, as FERA also points out, beekeepers should: “maintain apiaries to minimise the effects of robbing and drifting.” However, how do we do this in practice? How much difference will it make?

For a number of years some beekeepers have advocated techniques such as having hive entrances facing in different directions, painting hives or landing boards in different colours (popular in parts of Europe), or fixing a range of shapes (triangles, circles, etc.) to the front of hives.

However, the idea of spacing or social distancing has come to more prominence through the work of a number of research scientists. In particular, Professor Tom Seeley at Cornell University in the US, has written and spoken extensively on the subject, including in his book, The Lives of Bees, published in 2019. 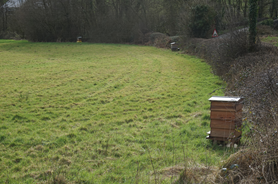 How does it work? Tom Seeley advocates spacing hives at a minimum distance of 30 metres. Why? Because crowding colonies together boosts pathogen and parasite transmission between colonies. This process of transmission increases the incidence of disease amongst colonies and favours the virulent strains of the bees’ pathogens and parasites. Social distancing of colonies greatly reduces the likelihood of drifting of drones, and probably also workers, among colonies and so reduces the spread of disease. So how effective is it? Tom Seeley and other researchers have conducted a series of experiments which show significantly lower varroa mite transmission from drift. Even a 10 metre spacing can make a difference to disease transmission. These results are particularly important to those who are looking towards treatment free solutions to tackling varroa. However, they should also be a part an IPM approach to disease control.

So, what are the objections? Spacing of hives will work well where beekeepers are using fixed locality hive management and where they have sufficient space available. It will not work where bees are being moved for pollination contracts or being taken to the heather. Obviously, if hives are being loaded onto vehicles in close proximity to each other, disease transmission is likely to increase rapidly. So, in particular, some commercial beekeepers may find these research findings hard to incorporate into their operations. However, even for those with a large number of hives, it is always possible to group 2, 4, or 6 hives together in close proximity within one fixed location and then treat the group as one unit for disease control purposes. However, all of us need to think about the issue of spacing seriously. We need to think about the organisation and layout of our apiaries and whether we need to find extra space through the use out-apiaries (or more out-apiaries).

So, the conclusion is that social distancing and hive spacing do matter. In fact, they matter a lot. One of the greatest challenges we face as beekeepers at present is the control of disease. Social distancing is one of the key tools we need to use.

BIBBA Opposes the Importation of Honey Bees and Queens

here are 15 reasons why

In 2020, BIBBA took the unusual step of postponing the AGM which was due to be held at the BeeTradex event. Little did we realise at the time, it was the only and last beekeeping conference event to be held in 2020. We informed the charities commission that our postponement had, in effect, turned out to be a cancellation as no other meeting options were available. As with other organisations some of our members are in the at-risk age demographic.

We will hold the AGM this year as a Zoom meeting on Sunday 21st March 2021 at 4.00pm. We will publish a reminder in the March BM but it may be useful for you to note the date and time in your diary/calendar now. The AGM cannot proceed without a quorum and your votes at the AGM decide the members of the committee, the Officer posts and any key constitution decisions the committee may propose to the members. The agenda for the AGM and Trustees’ Report and Accounts will be placed on the website and distributed in the next BM.

Notice is hereby given that the Annual General Meeting of BIBBA will be held by video conference (Zoom) on Sunday 21st March 2021 at 4.00pm. All members are invited to attend.

Increasing the number of Trustees

During the course of the year, we have co-opted five new trustees onto the committee.

The new committee members have added energy, enthusiasm and talent to the team and it was felt that the constitutional limits of 3 Officers plus 12 committee members may limit the benefits we can give to members. The Committee approved a request to increase the maximum number from 3 + 12 to 3 officers plus up to 15 additional committee members This will be put to the AGM attendees as a Proposition and needs to be approved by members before it can be enacted.

In the last BM, Jo Widdicombe announced his intention to step down as President and to not put himself forward for re-election. This follows five steadfast years of leadership and stewardship of the charity, a time of growth for membership, influence and impact on beekeeping. Jo is willing to continue with his work on NatBIP as a committee member if re-elected.

Iain Harley has been treasurer for many years.  At one point he was also performing the role of membership secretary.  He had indicated his wish to step back some years ago but continued until we recruited a suitable replacement.  Alla Neal is an accountant by profession and she has been working on the accounts alongside Iain for the last six months.  She was co-opted as a trustee last October and the committee will be proposing her as treasurer.

We have struggled to find a secretary for several years, and the tasks have been shared amongst the other trustees.  However last summer we accepted the offer from Stephen Barnes to assist.  He was co-opted as a trustee and acting secretary; the committee will propose him for secretary.

We are always keen to recruit new blood to committee.  The constitution states:

New nominations, either for Officers or other Trustees, must be submitted in writing and must be in the hands of the secretary, or other Officer, up to and including the date and time of the annual general meeting, giving notice to the Association that:

(b) is signed by the nominee showing his or her willingness to stand;

(c) is signed by the proposer and seconder.

If anyone wishes to stand as officer or committee member, it would be helpful if they could contact the secretary well in advance of the AGM, with a short resume (CV) detailing your experience, skills and beekeeping history/approach.

An alternative way of supporting the association is to offer to assist if needed.  Perhaps you have expertise in an area that would help reduce the workload of others or could enhance what is being done. In this way members can get experience of what is involved, and can continue as volunteers or, when appropriate, be co-opted as trustees.  Please contact the secretary if you feel you have something to offer and are interested in helping the work of BIBBA.

The meeting will be followed by a discussion on the current situation and how BIBBA can further help members achieve their beekeeping aims for the future.

Propositions for submission to the Annual General Meeting must be in writing and in the hands of the Secretary or other Officer at least 4 weeks before the date of the meeting. 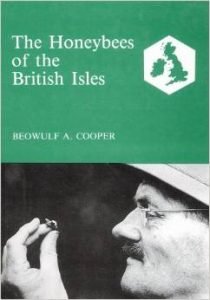 In the last BM, we offered an introductory discount of £5, so you could buy this book for only £10.  It was anticipated that up to 50 books would be sold between 15th Jan (Jan BM issue date) and the end of February (proposed end of offer date).

Over 50 copies were ordered in the first three days of the offer! The books were in stock so it was easy to satiate this immediate demand. However, the orders didn’t stop. More books have been ordered and will be delivered and sent out shortly.
We apologise for any delay in getting your books to you but the demand is around double the originally anticipated levels.
This offer will finish on 28th February.

Book titles could to be much longer and more descriptive in times gone by. An 1862 publication by Martin Metcalf has such a title; “A Key to Successful Beekeeping being a treatise on the Most Profitable Method of Managing Bees” It goes on… “Including the Author’s System of Artificial Swarming, all watching for swarms during the swarming season are done away with”

OK, the title is a bit of a tall order. We still haven’t managed to completely prevent the risk of swarming.  Page 31 has some hinged frames which probably are the very best example of frame design I have seen to roll the bees and frustrate them as you inspect them.