A Simple Method of Simultaneously Raising Queens and Producing Nuclei 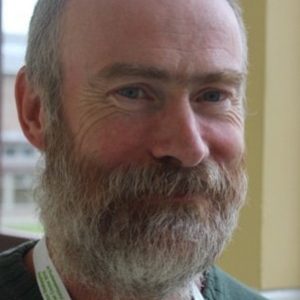 Eoghan is a commercial beekeeper based on Ireland’s east coast. As a fourth-generation beekeeper, he learned his craft through helping his father with the famous Galtee black bees of Co. Tipperary.

The reader may groan and sigh, “not another queen-rearing method,” and I agree that there seems to be an endless number of ways of rearing queens, including the Miller, Hopkins, Alley, Harden and Harding methods. Although sometimes seen as a black art, queen-rearing is an important part of beekeeping, and every beekeeper should have access to queens of particular characteristics that they have raised themselves. I think the secret to queen rearing is not to give up after the first attempt but to keep trying; eventually, it will work. Queen-rearing also works well in a group situation, with a few beekeepers sharing their resources, expertise and time. The various methods may appear confusing, but just try one initially, and when you have a handle on that, you can experiment with other methods. The different methods suit different people and different scenarios and depend on such factors as the equipment available, how many queens you want, and the final fate of the raised queens. The method described here aims to simultaneously produce both queens and nuclei and would probably suit a medium-sized beekeeping operation, a few beekeepers working together, or an association’s breeding programme.

In September 2016, at the Bee Improvement and Bee Breeding Association (BIBBA) conference on the Isle of Man, I was lucky enough to attend an excellent presentation on queen rearing by the Dutch commercial beekeeper Jeroen Vorstman.  I had been raising queens myself quite successfully for some time using the Ben Harden method and various versions of the Cloake board system.  These are both excellent systems, and only require a little amount of manipulation to set up.  I was not really looking for an alternative, but when I saw Jeroen’s presentation, I immediately realised that his method would be an ideal option for me.  Jeroen subsequently published the method in BBKA News (March 2017), which can be readily accessed online.  However, to suit my purposes, I made a few changes, and I refer to the technique as the Modified Vorstman Method.

Undermining Local Bee Populations - What Do We Do?

Last week I had a conversation about the increasing problems of conserving our local bee populations and so maintain their genetic stability. As many of you know, our President, Roger Patterson, has consistently spent many years breeding and rearing locally adapted bees in the part of West Sussex where he lives. This takes a lot of time and commitment. However, Roger has noticed recently that his darker queens are producing workers with mixed genetics, with many of the lighter Italian/Buckfast type that he assumes is the result of his queens mating with drones from commercial apiaries. The Members of his local Beekeeping Association are warned constantly about the possible dangers of using imported queens or those that are not from locally adapted stock. Obviously, a commercial beekeeping operation can make a huge difference to the genetics of any local bee population. And, unfortunately, that is what may have happened. Roger’s bees have started to turn yellow as the genetic damage unfolds. It is very annoying, not to say dispiriting. Our Lead Trustee for the National Bee Improvement Programme, Nick Bentham-Green, fears a similar outcome on the Scilly Isles, where bees with Italian/Buckfast genetics have been introduced on one of the islands. This will potentially undermine some fantastic work which has been done in heading towards a locally adapted bee, capable of prospering in the unique climate on the Scillies.

Roger tells me that he now has a number of ‘yellow’ queens with the bees producing large quantities of brood, filling entire brood frames – as illustrated in some of the textbooks! The problem, of course, is that there are insufficient stores in these hives – which will mean that they will need feeding as soon as we have a bad patch of weather (and throughout the Winter). Clearly, these bees will not be able to sustain themselves without frequent intervention by a beekeeper. These are not sustainable bees, and this is not sustainable beekeeping. I am sure a number of you will have experienced something similar.

Those beekeepers who buy imported queens or those that are not locally adapted are obviously not doing anything illegal and, in many cases, it will happen because of lack of awareness of the issues. However, in the case of commercial operations it will be a part of the way they operate. The modern method of working for commercial beekeepers involves using prolific strains of bees, regular re-queening, and high inputs of sugar syrup and miticides etc. There is little space here for breeding and rearing locally adapted bees. It is a version of the industrialised systems of bee farming that we see in the United States. This mirrors other forms of industrialised agricultural practice, which is exploitative and extractive, instead of working with nature by adopting an eco-systems approach underpinned by biodiversity.

What, if anything, can we do?

Well, it’s difficult – obviously. If it was easy, BIBBA would have succeeded in the task it set itself back in 1963. There is no ‘quick fix’. So, I thought it would be worthwhile re-stating what the Trustees have committed themselves to for the 2020s:

This is an ambitious ‘to do’ list, especially for a 100% voluntary organisation. It will take time and it will not be easy. However, we can win the argument and so achieve the necessary change in UK beekeeping. However, it will take determination and commitment from all of us, both Trustees and Members. 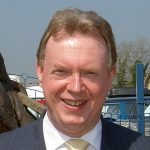 Sustainability is one of the key words of the 2020s. It has become an important word. Very few people are against sustainability. It is seen as an inherently good thing. It is also a word that is increasingly driving policy in a range of areas. This is why the Trustees decided that we needed to place the case for locally adapted and native bees within a framework of sustainability related to beekeeping. It is one of the key ways in which we can frame the debate on the future of beekeeping.

This week saw the publication of the UK Government’s White Paper on Food Strategy, which in turn flowed from the independent Henry Dimbleby Review on Food Strategy (from July 2021). The White Paper states that the Government’s aim is to produce “a sustainable, nature positive, affordable food system that provides choice and access to high quality products that support healthier and home-grown diets for all”. This week also saw an important Conference held by the Sustainable Food Trust with the title “A Roadmap to Sustainable Farming”. It was at this Conference that Henry Dimbleby was clear that the current food and land use system is unsustainable.

I was able to attend the event which also saw the launch of the Trust’s new Report Feeding Britain from the Ground Up. It advocates a switch to sustainable farming methods. If this was to take place:

This type of regenerative agriculture would require a return to ‘mixed farming’, where crops and livestock are grown in rotation to rebuild soil fertility naturally. The Report also suggests that we can farm in harmony with nature as well as increasing the amount of land for woodland creation (in line with Climate Change Committee recommendations) by integrating more trees into the farmed landscape and through agroforestry.

Such a change would undoubtedly be very good news for honey bees and other pollinators. And, of course, when we did have mixed farming originally, honey bees played a role within that mix. Gruff Jenkins, one of the early pioneers of BIBBA, lived in West Wales during a time when most family farms would keep honey bees, both for honey production and for pollination. It was therefore disappointing that Feeding Britain from the Ground Up contained only one passing reference to natural pollination. Despite calling for a significant increase in the production of fruit and vegetables, there was no reference to the role of honey bees as pollinators within a regenerative, mixed farming system. I do not blame the authors of the Report at the Sustainable Food Trust. Instead, it seems to me a valid criticism of all the representative bodies of UK beekeeping. It seems to me that we have come late to the party on the debate about sustainability. We need to put that right. Otherwise, we will be by-passed in the formation and implementation of Government policy both at a UK and devolved level - and that matters. Today’s policy making will partly determine tomorrow’s practical beekeeping.

So, here at BIBBA we have begun the process of catching-up. In October last year we published a Sustainability Policy, which makes a start on defining sustainability in the context of beekeeping. In the Autumn we will carry out further work to translate this into practical guidance for beekeepers (both amateur and commercial). Having in place both Policy and Practice Guidance will enable us to play a full role in influencing the future development of sustainability policies and frameworks within which beekeeping will take place in the future. 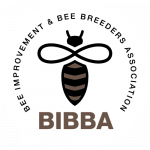 Members will recall that at our 2021 AGM, it was agreed that the Trustees would investigate the conversion of the existing Charity to a CIO. At this year’s AGM the Trustees brought forward proposals based on a Draft CIO Constitution. This was approved unanimously, subject to all Members receiving a copy of the final version of the CIO Constitution before it was submitted to the Charity Commission. The Committee of Trustees have done further work on tidying up some of the details within the Constitution and in getting ready for its submission to the Charity Commission. I am now pleased to be able to tell Members that this process has concluded with a final version of the Constitution agreed by the Committee of Trustees at its Meeting on 30th May. That now concludes the debate and discussion on the CIO Constitution. The Constitution is now being circulated with this edition of BM and we hope to start the actual process of conversion within the next month. This has been a major piece of work for the Trustees but it will be a major step forward in strengthening BIBBA as an organisation. This will help us to better address both the challenges and opportunities that lie ahead. We will keep everyone informed of progress through regular updates in BM.

This site uses Akismet to reduce spam. Learn how your comment data is processed.