Beowulf: my mentor and friend 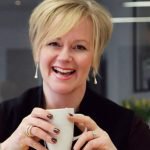 Saturday 11th March saw BIBBA represented at BeeTradex which was held, as usual at the NAC in Stoneleigh, Warwickshire.

The day was a huge success with six of the Trustees volunteering to staff the Stand across the course of the day. In addition, Jo Widdicombe provided one of the speaker sessions on Sustainable Bee Improvement, which was well attended and enabled us to get our message across directly to more beekeepers.

We have completely re-vamped the BIBBA Stand and now have electronic sign-up for new memberships and a card payment system. Both were very successful as was the level of sales of our books and other publications. However, the most useful and valuable part of the day was the opportunity to speak to BIBBA Members and a wide range of beekeepers who attended the event.

The Trustees were particularly keen to use this as an opportunity to talk to small-scale commercial beekeepers. This is a group of beekeepers who have the potential to provide a supply of locally adapted bees in a variety of locations across the UK.

It is essential that we work with a small group of them to see how they could help BIBBA implement our flagship National Bee Improvement Programme (NatBIP) and how we can help them to run viable commercial businesses using locally adapted stock. Four of our Trustees are themselves small-scale commercial beekeepers.

Our next outing with the Stand will be at the Welsh Beekeepers’ Association Spring Convention on Saturday 26th March at The Royal Welsh Agricultural Showground in Builth Wells, Powys. So, if you live in Wales or the Welsh Borders, please come along and see us.

PLEASE JOIN US FOR THE
Annual General Meeting
Sunday 20th March at 4.00pm
click for ZOOM LINK and full details

Beekeeping:
can we make it pay?

Moving Up:
The Step to Semi-Commercial 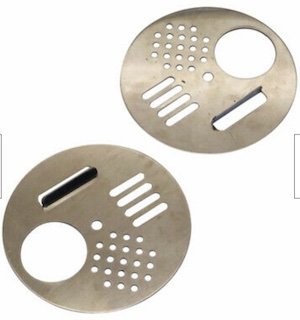 I am in the process of making some wooden mating nucs that are part of a system that is a different concept of producing queens than the usual methods. I will explain the method later, but I had a need for some sort of entrance closure other than the usual grass. The most suitable was the round enclosures, that have until recently have been made from plastic. As an engineer, I see a few problems with plastic, including being easily broken, distorting and the material degenerating in the sun, so cracking in use.

I found a similar item is now being made in stainless steel, that although only one colour, which isn’t a problem to me, will be permanent. As usual, I hunted around for the best price and found 50 at £16.10 inc p&p, so £0.32p each. I ordered them on 30th January from China and although the estimated delivery was 30th April, they were delivered on 9th February. As a former manufacturer who could have made them, I would prefer to buy UK made ones, but they aren’t available. The quality isn’t great, but they are fit for purpose, won’t give problems in use and will outlast me.

If you are looking to buy circular closures, I suggest you consider them seriously, as I think they will be much better than the plastic ones. Just punch in “beehive rotating entrance closure” in the usual place.


From its foundation in 1964, BIBBA has always had a membership of both commercial and non-commercial beekeepers and has been committed to reducing the introgression of non-native genetics into our local bee populations. Our argument has been that commercial beekeepers can still run a viable business without introducing genetic instability into our bee stocks within the UK either through the use of imports, or by breeding within the UK that uses strains of bee other that can reinforce introgression.

BIBBA is therefore launching an initiative for commercial and professional beekeepers using our flagship National Bee Improvement Programme (NatBIP) which gives a route to working with local adapted stock in our apiaries.

Interested? We are a 100% voluntary organisation and we are looking for committed commercial beekeepers who would like to join as BIBBA Members and work with us to provide an alternative to conventional bee farming. Please get in touch with Selwyn Runnett, BIBBA’s Chair who is co-ordinating this new initiative.

In 2022 and 2023, we will be developing the following Programmes for professional and commercial beekeepers:

Information and Get in Touch

If you are interested in getting involved, the Programmes are being co-ordinated by the following BIBBA Trustees: Selwyn Runnett (Chair of BIBBA), Richard Senior (Secretary of BIBBA), Peter Jenkins, and Jo Widdicombe. All are professional commercial beekeepers.

We will be creating a specialist area within our Website for professional and commercial beekeepers: www.bibba.com

The sustainable apiary talks at length about the folly of importing bees from warmer climates to the frozen north. “Bees from faraway places never do as well as local bees, the best bees for you are in your yard or in your neighbour’s yard, raise queens from them”. If it works for him why do we need imports? Is it because those importing aren’t capable of raising their own queens? Watching this is an hour well spent. 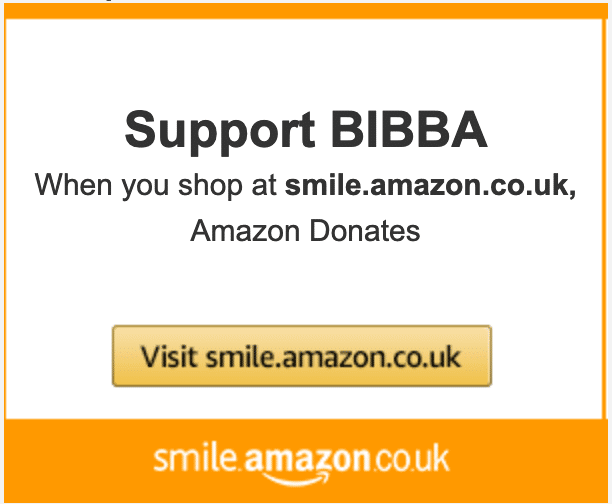