A message to all members

A message to all members

BIBBA is growing very quickly, with membership doubled in 12 months. The membership applications show the locations of new members and their reasons for joining. It pleases me that BIBBA is attracting members from far and wide, which tells me that what we are doing is what beekeepers want and need. The comments in the applications and personal communication on why beekeepers become members shows a variety of reasons including: -

· Had poor experiences of buying queens

· Support the aims of BIBBA

Many are complimentary about what BIBBA is doing for beekeepers, with an appreciation for the effort put in to achieve it, often naming individuals. Interestingly, some haven’t even started beekeeping yet, when it wasn’t so long ago that a BIBBA Chairman stated in a committee meeting that people didn’t join BIBBA until they had kept bees for 10 years! The change in attitude could be the reason why there are several new members who have kept bees for over 20 years. Perhaps their perception of BIBBA has changed.

BIBBA has changed in a short time, becoming a much more open organisation. As long as members support BIBBA aims and don’t use imported bees or their derivatives, it doesn’t matter to me how you keep your bees, providing you care for them and understand them. I don’t mind what hives you use, if you use foundation or starter strips or if you tread the path of treatment reduction. BIBBA is a place for everyone.

It is easy to sit back and admire what you have done but I am a supporter of the well-used slogan “our policy is one of continuous improvement”. In the last year or so, BIBBA has led the way in beekeeping with webinars and live streaming. We have responded to the tripwire of COVID and done it so well that we are already having others copying us. We can only stay in the lead with innovations and improving what we have. We can’t stand still for long.

There is a lot more we can do, but we may need occasional help, which I cover later. It would be useful to understand our members, their situations and their needs. If you have a few minutes to tell me about yourself in an email, I would be pleased to receive it. There is no need to write an essay, just a few basic things such as how long you have been beekeeping, your location, number of colonies, how you keep them and a bit about you and any expertise you may have. Please also tell me about topics you would like to cover.

I hope existing BIBBA members support the direction we are going and I warmly welcome new members.

Can you help please?

BIBBA survives on a committee of volunteers. The workload and the nature of it have increased considerably and changed. We often need expertise the committee may not possess, so it seems a reasonable assumption that it may exist in our membership.

There is currently help and advice needed for insurance purposes. If you or a family member have knowledge of insurance or broking, please email me at

Some Thoughts on Beehives 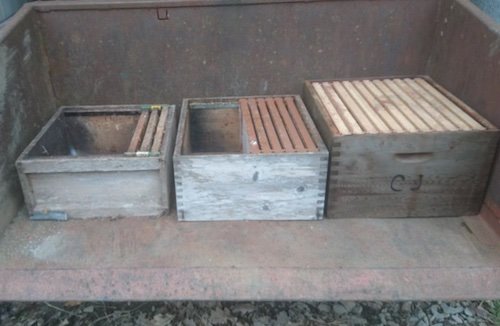 Recently reading Tom Seeley’s “Honey Bee Democracy” and “The Lives of Bees” got me thinking whether bees would choose the types of hives we stuff them into if they had a choice?

The Teaching Apiary: A brilliant resource 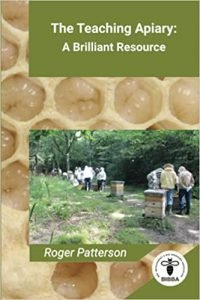 The Teaching Apiary by Roger Patterson

The author, Roger Patterson, has had well over half a century’s involvement with the teaching apiary at the Wisborough Green Beekeepers Association (WGBKA) in West Sussex, UK, where he has done the full circle of learning, teaching and managing. As a well-known and well-travelled speaker, educator and demonstrator, Roger has visited and demonstrated at many teaching apiaries throughout the country. With this wealth of experience, there is probably nobody better placed to write a book summing up some of the issues and opportunities surrounding this valuable resource.

This book provides help and information for all beekeepers. For BKA officials, demonstrators and apiary managers there is guidance to set up a facility if none exists, with suggestions for improving apiaries already in existence. The ordinary beekeeper who is keen to learn has an indication of what they should seek to gain from their local teaching apiary. There is much discussed in this publication, with the emphasis on teaching practical beekeeping and putting into practice the theory that can be taught away from the bees, so beekeeping standards are improved for everyone. All teaching apiaries have their own character depending on their situations, such as how they are set up and who owns the apiary site. There is discussion on some of these issues and the challenges that are often faced.

Since BIBBA was formed there have been many books, booklets and leaflets published, but until recently there hasn’t been much coordination or planning. BIBBA now has a Publishing sub-committee that includes Alla Neal, Karl Colyer and Roger Patterson, with contributions from Selwyn Runnett as BIBBA Chair. This is a short account of the current position and how we arrived at it.

With the usual churn in committee members, the organisation of such things as publications can be neglected, which is what happened. There has been little or no new material from BIBBA for about 20 years with some existing titles allowed to go out of print.

There was a lot of work to do, including understanding modern printing, publishing and distribution methods. No longer do we have to order 500 copies of a book that we sell 50 or less per year, so they deteriorate in a garage or attic. We can sell online, so avoiding stocking and having cash tied up. We can also make updates quickly. There was a lot of learning to do.

We have looked at existing material and found that some of it, although published a long time ago is still largely relevant. Why repeat something when it may only need minor updates? We have also looked at gaps that can be filled and we have some exciting topics under discussion.

We have decided on a distinctive format, so all new and revamped BIBBA publications can be easily identified as such. We have found an excellent designer that we are working well with. Guidance notes have been written so authors and the designer know what we want. An author’s agreement is in the process of being agreed upon.

Amongst existing publications that are being worked on or are under consideration are: -

Beowulf Cooper: “The Honeybees of the British Isles”, that was out of print for far too long. It was scanned some time ago and printed quickly to get it into the marketplace. It has sold quite well, but we feel it needs revamping, so that is being planned.

Rev E Nobbs: “Make your own skep” has been unavailable for a long time. It may not appear an important topic, but we are regularly asked for it and there is a resurgence in skep making. Chris Park is making additions.

Adrian Waring: “Better Beginnings for Beekeepers” is one of the best books for those new to the craft. The information is very sound and the book is very readable. It is intended that Brian Dennis and Roger Patterson will update where necessary, with the addition of a few photos.

Griff Jenkins: “Queen Rearing the Jenkins way” is being updated by his son Peter.

Other existing titles will be tackled when time permits.

There have been two new titles published in 2021: -

Both the above have been summarised elsewhere and are available online.

Roger Patterson: “Beekeeping: Challenge what you are told” is currently being prepared for publication. Details will follow.

In addition, we are speaking to several people about writing new titles for us. One is about “Beekeeping Boards”, which may be a collection of smaller articles on how beekeepers use existing boards, or those they have designed/modified themselves. If you or anyone you know uses a board of some kind, then please let me know. If they aren’t keen on writing, we can find ways of doing that. The important thing is to help educate beekeepers.

It is becoming difficult and uneconomical to produce leaflets and booklets. There is little value compared to the amount of effort required, so we will probably be moving away from them. Stocking, storage, postage and packing are issues that few members will volunteer for.

BIBBA is expanding from the traditional bee breeding and improvement. They are major parts of the craft that need to fit in with everything else and be part of the whole picture that needs knowledge, skill and understanding. For that reason, we are expanding the subjects that our publications cover, but we are trying to ensure that information is sound, rather than like some of the unreliable material that is available elsewhere. We hope the members agree with what we are doing.