"Cupkit” is a name that is used in the U.K. and Ireland for a cell plug queen rearing system that is designed and manufactured by Nicot in France.  Elsewhere in the world it is called “Cupularve”.  As a system I like it, but I think you need to be raising a reasonable number of queens to justify it being used in the manner intended.  In simple terms, there is a plastic box with holes in that are blocked off by cups.  This replicates a comb, so when a queen is imprisoned in the box by a queen excluder, she lays eggs in the cups.  When done, she is released back into the colony.  The eggs develop into larvae, that are transferred in the cups into a holder when of the right age.  These holders are usually fixed onto a bar in a frame and placed in a colony that is set up to convert them into queen cells.

I use it both as a complete system, and with the cup and holders only, but I graft into them.  Many other beekeepers do the same, preferring them to some of the other dedicated cups that are available. 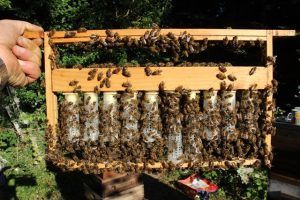 Fig. 1. Showing cages dropped off the holders in use, so releasing the emerged queens.

The Nicot-manufactured parts are high quality and everything fits perfectly, including replacement parts.  There are many copies that are made in low-wage countries that are widely available and much cheaper.

There is a great temptation to buy them, and although I should have known better, I bought 100 holders, cups and roller cages.  I assumed that even if they didn’t fit the Nicot, they would all be compatible within the same bag.  Oh no they weren’t!  Some were so loose they fell apart when held vertically, as they would be in use – some wouldn’t even fit.  The lids on some of the cages wouldn’t stay closed when snapped together and some fell off the holders (Fig.1). 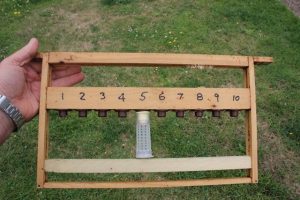 Fig. 2. The bar in place to prevent the cages dropping too far

When raising queens from some colonies I use the cages, allowing the virgins to emerge into them, so I can reject any yellow queens.  It is rather annoying when a cage falls off the holder, releasing the virgin into a queen rearing colony.  It is difficult to keep all the compatible parts together – in use they get mixed up – so, as I don’t like wasting things, I nailed a bar in the frame so that if the cage did fall off it would be restricted and wouldn’t release the queen (Fig. 2).

I have acquired “Cupkit” parts from several sources.  These have meant that I have many poorly fitting parts.  I guess others have too.  The answer is simple.  Use those from the original manufacturer, rather than try to save a little money.