[…]Bee Watch Honey Bee Watch is a global citizen-science study to better understand the traits of survivorship among untreated and free-living colonies. Starting with a UK-based pilot focused on Apis mellifera, it’ll eventually expand into new regions and include all 10+ Apis species. Its aim is to increase scientific knowledge about these species, potentially leading to more sustainable land management […]

[…]diseases. Dedicated conservation programs will eventually provide various honeybee strains and traits that are suitable for sustainable beekeeping. In a newly published study, researchers analysed the relationships between individuals of the honey bee subspecies Apis mellifera mellifera in a conservation centre, a drone congregation area, and the surrounding populations. Honeybees have a very complex mating system in which drones and […] 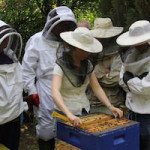 […]without attempting to swarm. The ancestors of these queens had been selected for the combined traits of supersedure, longevity, docility and productivity. GBBG holds a variety of activities throughout the year such as outdoor demonstrations on colony evaluation and recording, queen rearing workshops, and a winter discussion and study group. There is an Annual General Meeting and we produce a […] 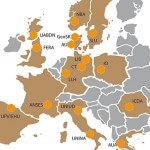 […]and quality control of queens complete the queen rearing section. The improvement of colony traits usually depends on a comparative testing of colonies. Standardized recommendations for the organization of performance tests and the measurement of the most common selection characters are presented. Statistical methods and data preconditions for the estimation of breeding values which integrate pedigree and performance data from […] 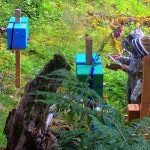 […]to ensure they have mated true to type. We will use wing morphometry and check specific physical traits of the bees with the help of a monocular microscope. The area is a favourite holiday destination … do get in touch if you are visiting and would like to meet us and the Amm bees. Kate Atchley […] 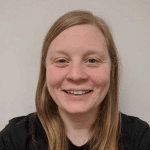 […]the bee-keeping community, to date published, robust empirical evidence is lacking. The kinds of traits that we’re interested in gathering data on are, for example, drone brood timings, worker brood cycle, and thriftiness. We will investigate these traits using a bee keeping survey. The survey has been designed in collaboration with bee-keepers and tries to get as much detail as […]

[…]groups here If you are already breeding or rearing queens with the aim of selecting for native traits but have not registered as a group we would be pleased if you would consider registering by contacting either the groups coordinator or the web master. If there is no group local to you, click to let us know you want to […] 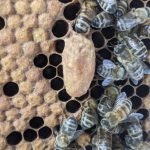 […]Buckley’s Bees breeding programme focuses on selectively breeding native honeybees. Traits such as appearance, habit and longevity, with queens frequently achieving productivity for over four years, are amongst our key breeding objectives. Breeder queens are selected only after two productive years of heading a colony in a single national brood chamber. This reduces the need for frequently replacing queens. We […] 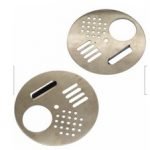 […]March for Begginers 5th April for Progressive Beekeepers Breeding Out Bad Traits Pete Sutcliffe 12th April 2022 Small Circular Entrance Closures I am in the process of making some wooden mating nucs that are part of a system that is a different concept of producing queens than the usual methods. I will explain the method later, but I had a […] 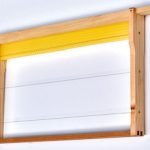 […]and not be lost. A healthy and vigorous colony manifests a combination of many advantageous traits and being strong, it also produces many drones. These then tend to dominate the mating by sheer force of numbers and therefore propagate their successful genes far and wide, in a kind of apian ‘sharing of best practice’. We know that an individual bee […] 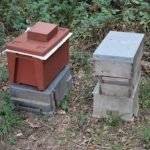 […]via changes in male physiology. This article discusses the effects of Nosema cerannae on the life traits of mature drones, following exposure under semi-field conditions. The results show that the parasite/insecticide combination drastically affect both physiology and survival. To read more click here. This book includes several methods of colony increase that can be used individually or in one complete […] 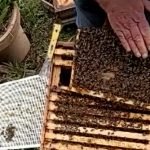 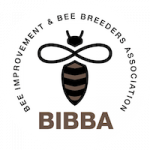 […]first inspections, along with some help in completing your 2020/21 record card by recording the traits your bees have shown over winter. And if like me, one of the first jobs you need to tackle this season is that troublesome colony that you ‘tolerated’ last year – Jo has some advice on how to deal with the ‘bad tempered’ ones! […]

[…]mate with local queens, another result is the disruption and dilution of locally adapted genetic traits that have evolved in the local population. The consequence of this dilution is weaker colonies less likely to survive the winter without substantial beekeeper intervention and support. We do not need to import bees! There are circa 250,000 colonies in England and Wales. These […] 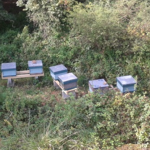 […]record card). We can then select and cull the queens that we consider don’t display the chosen traits and replace them with ones that do. We then have our colonies headed by queens we have selected. From these we can produce daughter queens through our queen breeding programme….…. this is an ongoing process which is repeated each season. The daughter […]

[…]multiple apiaries involved in an improvement group. The cards are designed around the desirable traits of: Native Appearance, Temperament, Swarming Propensity, Health/Brood Pattern/Over-wintering and Honey or Relative Honey Yield (RHY). It is available in Word format and can be adjusted or changed according to your own preference. Instructions Top table Box Beekeeper/Group: Name of beeper and/or Group or Association Queen […]